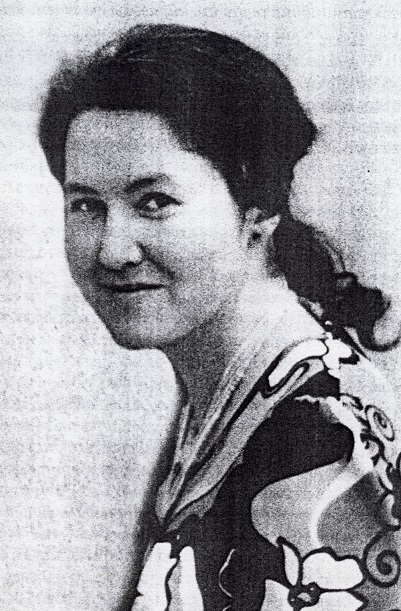 Leading Researcher of the Section of Germanic languages

Olga Seliverstova developed fundamental, general, theoretical and methodological problems of semantics: meaning, verification of semantic hypotheses, component analysis. She was engaged in a comprehensive description of various microsystems of the language: pronouns, verbs of thinking and perception, existential and possessive models, prepositions, deep analysis of the communicative structures of statements. In semantic research, she widely used her own methodology, which was tested in languages with different structures.

Olga Seliverstova graduated from the Faculty of Philology of Lomonosov Moscow State University, specialisation – English Philology, and worked in the Department of Foreign Languages at the Academy of Science of USSR as an English teacher. Then she entered the graduate school of the Institute of Linguistics and studied in the Section of Germanic languages under the supervision of Victoria Yartseva.

She got Ph.D. for her thesis "Experience of semantic analysis of words like ‘all’, ‘somebody’, ‘some’ in Russian and English languages" (1965) and PhD, Dr.habil. for "Existentialism and Possessiveness in Language and Speech" (1983).

Olga was the head of one of the first linguistic Russian-French projects "Functional words in the Russian language" (1999 – 2001). She conducted a seminar on experimental semantics at the Institute of Linguistics of the Russian Academy of Sciences. She also lectured at European universities (France, Italy).

Olga Seliverstova was an outstanding Russian linguist. She left major works on many issues, including general theoretical and methodological problems of semantics. Fundamental problems that are formulated in her works, as well as phenomena and concepts that are considered in them, make up the base of the modern theory of general semantics. For example, she examines objects of linguistic semantics, control of semantic hypotheses, word polysemy, constancy and variability in the semantic structure of a word, syntactic semantics, and other topics. Her works on the semantic analysis of polysemantic words, the semantics of predicates and pronouns, the contrastive semantics, and the semantics of perfective aspects are widely known in Russia and abroad. Many of the problems Olga Seliverstova set in front of her most select modern productive areas of linguistic research. The most famous are the works on the following topics: syntactic semantics and the theory of communicative perspective. She was one of the first to study the semantics of special classes of words – pronouns and prepositions. Olga Seliverstova has largely revived interest in comparative semantics. One of the features of her scientific work was the application of research methods taken from the natural sciences to linguistic material. She believed that linguistics should look up to physics, in which the basic laws remain unchanged and the development of ideas about nature on the basis of new data only is added to these laws but does not cancel them.

Olga Seliverstova has developed experimental research methods resembling natural science methods. She believed that linguistic research should be made in the following way: setting a problem, collecting linguistic material, building a hypothesis about the phenomenon (its components). Then there is a search for "negative" material, which is used as the main tool for detecting the drawbacks of the hypothesis, then the correction of the hypothesis and explanation of new aspects of the phenomenon after the correction i.e. demonstration of its explanatory power. The obtained data were of exceptional depth and completeness. Olga Seliverstova was convinced that semantics should become an exact science, despite the incredible complexity of the subject.