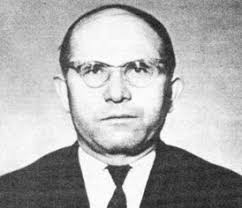 Head of Department of Caucasian Languages, Deputy Director for Science, Head of Section of Social Linguistics (Research Center on Ethnic and Language Relations)

Yunus Desheriev is a Soviet and Russian linguist, specialist in Caucasian studies, sociolinguist. PhD, Dr.habil. and a full member of the Academy of Sciences of the Chechen Republic. He is the author of monographs on Batsi, Chechen, Khinalug languages and the first book on comparative-historical grammar of Nakh languages in Caucasian studies. He tutored scientists and lecturers in Caucasian studies and general linguistics for entering research institutes and universities of the Chechen Republic, subjects of the Russian Federation and the republics of the former USSR.

Yunus Desheriev was born on August 8, 1918, in one of the oldest villages in Chechnya – Achkhoy-Martan, where he finished high school. He lost his mother at an early age, but his relatives helped him so Yunus could continue his studies. At the age of 18, he left to study in Rostov and in 1941 graduated from the workers' faculty of Molotov Rostov State Institution. After graduating, he was offered a place in the Checheno-Ingoosh regional party committee, but he refused and went to Moscow to continue his further studies. Since 1936, Desheriev had lived, studied and worked in Moscow. He also entered Moscow State Pedagogical University, specialisation – Russian language and literature. 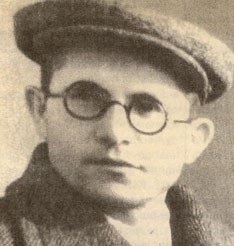 As a student, Yunus Desheriev began gathering materials for future scientific works related to Caucasian studies. He created his research works on the basis of linguistic material obtained during fieldwork and theoretical research of the Nakh and Dagestan groups of the Caucasian languages. When the Second World War began, he was studying in graduate school but decided to go to the front. He did not spend a lot of time there due to injury. After the recovery, he returned to graduate school and worked as a military correspondent.

Because of the support, Yunus Desheriev was not deported and stayed in Moscow. He was very upset with the ejectment of the Chechen people to Kazakhstan and Central Asia. In his book «Žizn’ vo mgle i bor’be», Desheriev writes: "Academician Ivan Meshchaninov played a major role in my destiny. He was risking his position by defending his student. He helped me to stay in Moscow and continue my postgraduate studies". Also, “after returning from a scientific trip to Georgia, where he was researching the Batsi language, by order of the NKVD, he was de-registered from his Moscow apartment, his manuscripts (PhD thesis) were burned. Persecuted by the NKVD, he was forced to hide” (Vakhit Akaev «Učenyj i graždanin», «Vajnax» magazine). Despite these difficulties, in 1946 Desheriev presented his Ph.D. thesis. His first major scientific work "Batsby language" in 1953 was Dr.habil. thesis, which made him famous and gave recognition in questions of Caucasian studies. Further, he presented more scientific works: «Bacbijskij jazyk» (M.-L., 1953), «Grammatika xinalugskogo jazyka» (M., 1959), «Sovremennyj čečenskij literaturnyj jazyk» (Groznyj, 1960), «Sravnitel’no-istoričeskaja grammatika naxskix jazykov i problemy proisxoždenija i istoričeskogo razvitija gorskix kavkazskix narodov» (Groznyj, 1963), «Zakonomernosti razvitija i vzaimodejstvija jazykov v sovetskom občšestve» (M., 1966).

In May 1956, together with the Ingush writer Idris Bazorkin, Yunus Desheriev headed the Nakh delegation to meet Nikita Khrushchev, First Secretary of the Central Committee of the Communist Party of the USSR to discuss the question of the rehabilitation of Checheno-Ingoosh autonomy. On June 12, 1956, the delegation was welcomed in the Kremlin by Anastas Mikoyan, a member of the Presidium of the Central Committee of the Communist Party of the USSR, First Deputy of the Council of Ministers of the USSR. Mikoyan was given a letter to Khrushchev, as well as an appeal, which included requests to allow Chechens and Ingush to return to their historical motherland and reestablish their national autonomy. The Commission for the Restoration of the Chechen-Ingush Autonomous Soviet Socialist Republic was established, which took up the legal, political, and territorial rehabilitation of the Nakh people. In 1954, before the publication of the Great Soviet Encyclopedia, Desheriev was assigned to write a review of the articles in the sections «Naselenie» and «Jazyki narodov SSSR». Having found out that the articles did not mention repressed peoples at all (the Chechens, the Ingush, the Balkars, the Karachays, the Kalmyks), Yunus Desheriyev wrote to Khrushchev about the omission. After the letter and negotiations, the 51st volume was included in the Encyclopedia and mentioned all the repressed peoples.

During 60 years devoted to science, Yunus Desheriev had a chance to work as the Department Head of Caucasian Languages, Deputy Director for Science of the Institute of Linguistics, since 1956 as the Head of the Section of Social Linguistics, in which world-famous scientists worked together with him. Vida Mikhalchenko, Nikolay Baskakov, Magomet Isaev, E. Tumanyan, Vladimir Zhuravlev, Tatyana Kryuchkova and many others (Research Center on Ethnic and Language Relations). Among his students, there are those, who got Ph.D. and PhD, Dr.habil degrees. Yunus Desheriev took an active part in the preparation of scientists for the Checheno-Ingoosh Autonomous Soviet Socialist Republic universities. His scientific works on the study of the Nakh languages ​​are known far beyond the borders of Russia. Desheriev's books were published in Pakistan and India. The result of his scientific and creative activity engaged the problems of the origin and development of the Mountain Peoples' ​​languages as well as languages of other peoples in the USSR. Yunus is considered one of the founders of Soviet Social Linguistics as a new scientific trend in the 1970s. In his scientific work "Social Linguistics" he summarized the experience of sociolinguistic research and proposed the concept of social linguistics, set the foundations of its social apparatus and methodology. An important place in his concept is held by the approval of the sociolinguistic analysis of the most important laws of the historical development of language in relation to the development of society, labour activity, and social consciousness, as well as two main directions of language development - functional and intrastructural.

Yunus was the Head of the Scientific Council of the Academy of Sciences of the USSR on the problem «Zakonomernosti razvitija nacional’nyx jazykov v svjazi s razvitiem socialističeskix nacij» [Patterns of the development of national languages in relationship with the development of socialist nations], the executive editor of many series of academic publications. He was also a member of the editorial board of the 5-volume work «Jazyki narodov SSSR» [Languages of the Peoples from the USSR], was the host and participant of a large number of world, international, and regional scientific conferences. 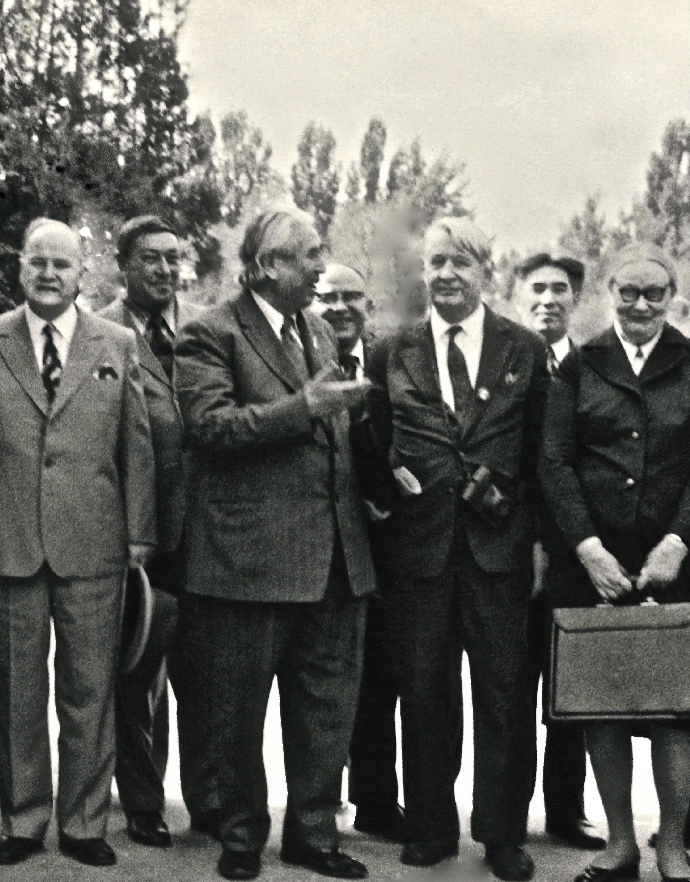 On retirement, Yunus wrote an autobiographical book «Žizn’ vo mgle i bor’be» (Moscow, 1995), in which he speaks about the deportation and return of the Chechen people to their motherland, remarking that the main culprits of the deportation are NKVD and Stalin. Yunus Desheriev spent his last years in his motherland, where he died in 2005. 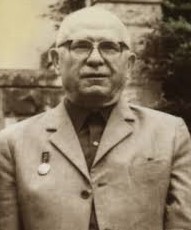 Those who worked with Desheriev speak of him as a man of high moral qualities. They recall his willingness to help in a difficult situation.

His wife Tamara Desherieva is a linguist; his daughter Julia also works in this field.

Now one of the streets in the village of Achkhoy-Martan is named after him.

The annual «Dešerievskie čtenija» are held in Grozny. For example, on April 28-30, 2014 at the Institute of Chechen and General Philology of the Chechen State University, the International Scientific Conference «Aktual’nye problemy občšej i čečenskoj filologii» took place, timed to coincide with the Day of the Chechen Language.

In September 2017, a specialized school named after Desheriev with an in-depth study of foreign languages was opened in Grozny. It is designed to admit 1224 students. On September 14, 2019, this school hosted an event dedicated to the 100th anniversary. The event was attended not only by pupils and teachers but also his relatives. 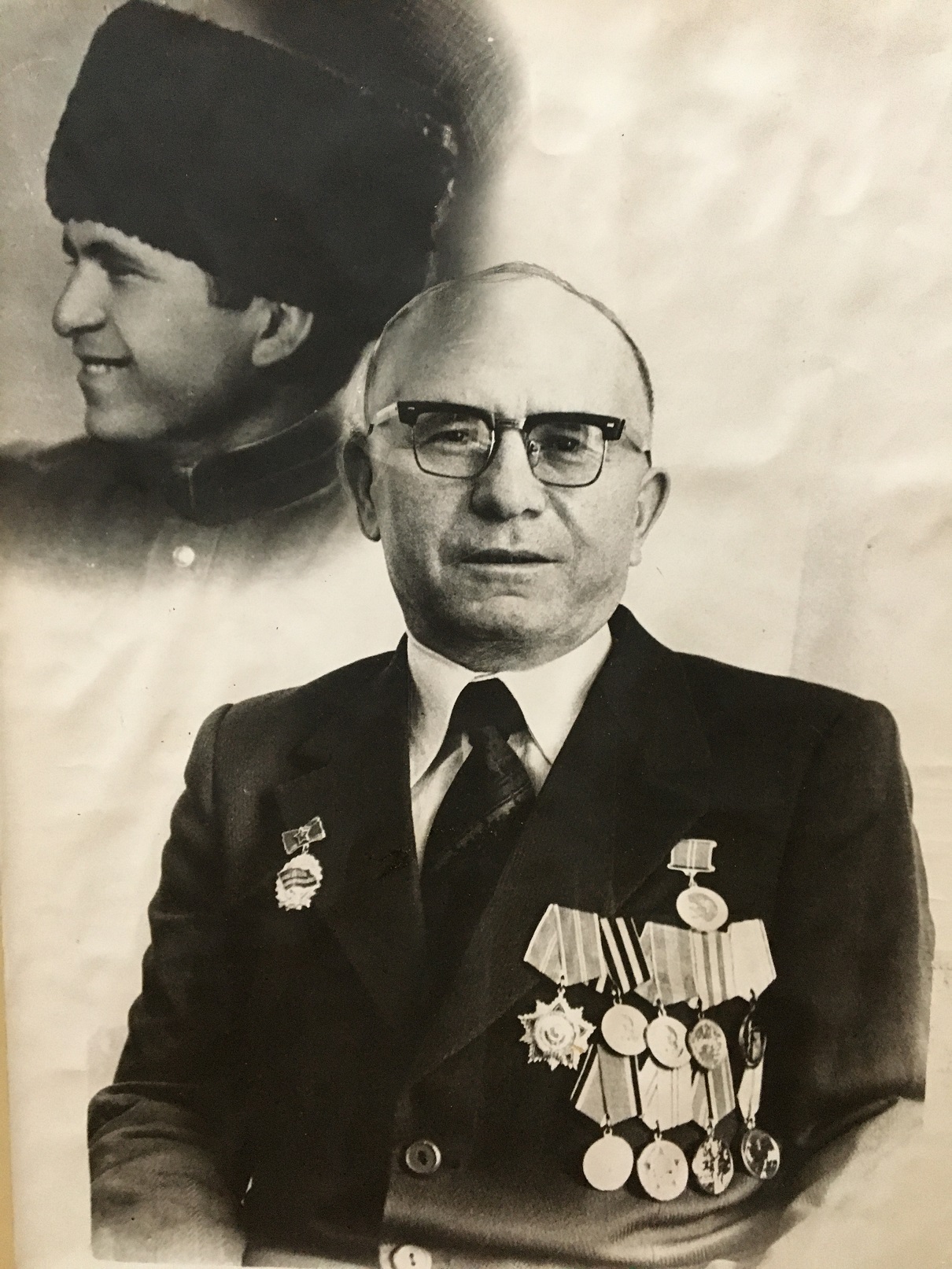 1941-1943 – Сommon soldier of the First construction battalion of the Kyiv district of Moscow, the First Moscow division – Central Front – Military correspondent on the Western, Central and Southern fronts.

Yunus has written more than 300 scientific papers and 10 monographs on the language. He has compiled textbooks and teaching aids for universities.

The material has been prepared by M. Goryacheva