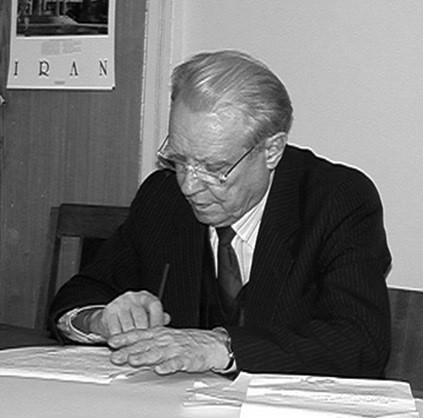 He was born in Galich, one of the oldest cities in Russia. He graduated from the Institute of Oriental Languages at the Lomonosov Moscow State University (now Institute of Asian and African Studies) with a degree in Persian literature — his diploma thesis was devoted to the quatrains of Omar Khayyam. This work was highly evaluated by Efimov's research supervisor  — a prominent Iranian scholar and author of the commentary on the Russian translation of "Shahnameh", Prof. Alexey Starikov. (Currently, the Section of Iranian languages of the Institute of Linguistics of the Russian Academy of Sciences is planning to publish his work.)

After entering the postgraduate program at the Institute of Oriental Languages, Efimov was sent to teach Russian to Afghans as part of language courses at the Ministry of Education of Afghanistan in Kabul. From 1959 to 1963, he worked in Afghanistan; apart from his main occupation there, he had also collected material on the almost unresearched Iranian language Hazaragi. When he came back to Russia, he transferred to the postgraduate program of the Institute of Linguistics of the USSR Academy of Sciences, and then took a position of a researcher in the Section of Iranian languages of the Institute. The materials collected in Afghanistan formed the basis of his PhD thesis "The language of the Afghan Khazars (Yakawlang dialect)" (1966) and the monograph with the same title, published in 1965 in the series "Languages of the peoples of Asia and Africa".

In the following decades, Efimov studied small relict Iranian languages of Afghanistan and the problems of the Iranian language family as a whole. He participated in the fundamental collective works of the Section such as "Experience of historical and typological research of Iranian languages" and "Fundamentals of Iranian linguistics" and took part in writing the volumes on Iranian languages in the publication "Languages of Asia and Africa", as well as in the publication "Languages of the world". In 1986, he published a monograph "The Ormuri language in synchronous and historical coverage", the materials for which were collected during a business trip to Afghanistan in 1971 and during the subsequent collaboration with the informant in Moscow. This monograph formed the basis of his Dr.habil. thesis which he presented in 1986. (In 2011, the book was translated into English: V. A. Efimov. The Ormuri Language in Past and Present. Islamabad: Forum for Language Initiatives, 2011.)

For many years, Valentin Efimov was the Academic Secretary of the Institute, a member of the Academic Council, and since 1976 — the Academic Secretary, and then the Deputy and Chairman of the Dissertation Council. Since 1988, he worked as the Head of the Section of Iranian languages. He was an editor of various Iranian books and magazines, including periodicals. He died on March 27, 2007, following a severe illness.

Valentin Efimov was distinguished by his modesty, friendliness towards colleagues, applicants, postgraduate students and a constant willingness to help. He left behind brilliant, reliable books and articles and blessed memory that lives in the hearts of his colleagues and those who knew him.