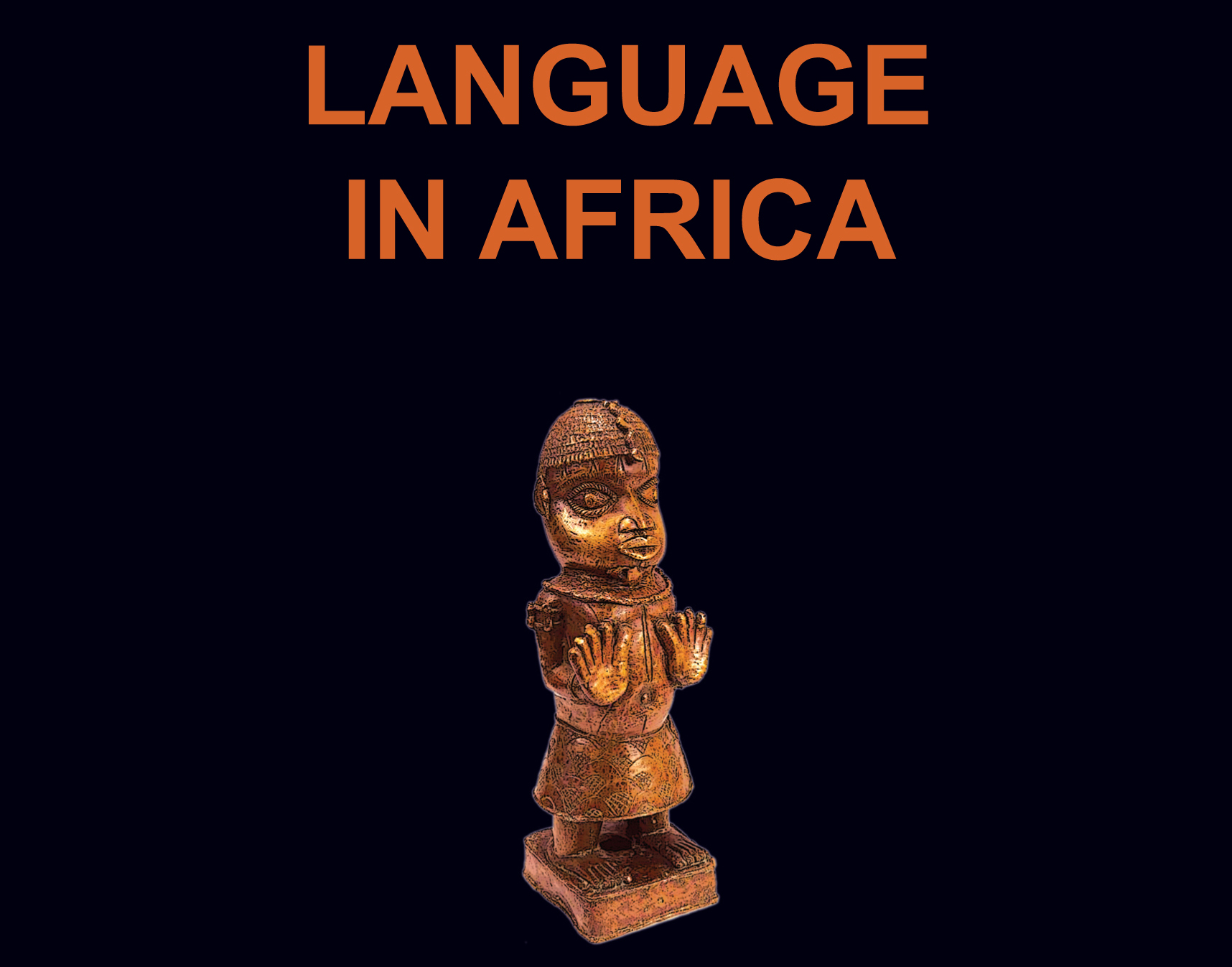 The journal is primarily focused on African linguistics, including ethno- and sociolinguistics,but also on literature, folklore, written and oral traditions.

Papers in English, as well as in French and in Russian are accepted. The journal is peer-reviewed and follows the standard double-blind reviewing procedure.

There is a long and rich tradition of African studies, and especially African linguistic studies in Russia, mainly concentrated in Moscow and St. Petersburg.

The Department of African languages of the Institute of Linguistics RAS has for decades been publishing a book series ‘Studies in the languages of Africa’. Its focus and topics are close to those of “Language in Africa”, but the series was not truly periodical and not international.

The Department of Ethnography of Africa of the Museum of Anthropology and Ethnography in cooperation with Department of African Studies in St. Petersburg State University published a biennial series ‘African Collection’. These volumes have wider focus on African languages and cultures, although linguistics has always played a significant role there.

In 1990s, the St. Petersburg Journal of African Studies appeared, where linguistics occupied a central place.

Starting from 2019, we join the efforts of two leading centers of African Studies in Russia (Moscow and St. Petersburg) and launch a joint journal targeting a more intensive integration of Russian African studies into the international network and creating opportunities for international cooperation.

Submissions should be sent as e-mail attachments to the journal’s address LanguageInAfrica@iling-ran.ru

Attachments should be in .doc, .docx or .rtf formats, a .pdf version is also obligatory if non-standard symbols or diacritics are used. Unicode fonts should be used (such as the newest versions of Times New Roman, Charis SIL or Doulos SIL) in examples. If non-standard fonts are used, they should be attached.

A manuscript should be written in clear and good English, French or Russian. Having it proofread by a native speaker is the authors’ responsibility.

All phrasal examples should be numbered and glossed. Please follow Leipzig glossing rules where possible. A list of abbreviations used in the paper should be included.

The reference list should contain all published and unpublished works cited in the paper and should not contain uncited works.

Papers should be structured, sections should be numbered starting from 1.

All submissions are subject to the standard double-blind reviewing procedure. After reviewing, the editorial board takes a decision whether the paper should be (a) accepted, (b) accepted with revisions, (c) revised and resubmitted, or (d) rejected.

When submittiong your paper, please do not include your name, acknowledgments (including grants references) and other fragments that deanonymize it. All the necessary information can be added after acceptance when the final version is submitted.

Only new original papers are published in the journal. A submission that repeats an already published paper is automatically rejected. In some cases revised and elaborated English versions of papers earlier published in languages other than English and French can be accepted.